The Winter Place, by Alexander Yates 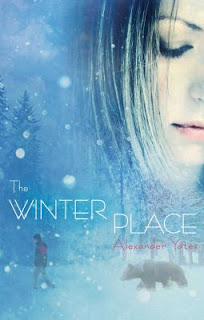 After their father is killed in a car accident, Tess and her younger brother, Axel, have their lives turned upside-down. Not only are they orphans (their mother died when Tess was very young), but they must now move to Finland to live with their only suitable relatives: grandparents they never knew existed. Shortly before all this happened, a stranger appeared in their yard accompanied by a bear. When the same duo appears near their new home, Tess knows something very strangre is afoot--especially when Axel follows them into the snow and vanishes without a trace. Who is this stranger with the bear? Why has he followed them to their new home? The only thing Tess can do is investigate. But the answers are nothing she ever expected

The Winter Place, a hauntingly gorgeous novel by Alexander Yates, is the ideal read for this time of year. Mystery and Mythology combine to make this coming-of-age story something you won't be able to put down. In a word: Awesome! --AJB
Posted by Oxford Public Library Teen Picks at 3:22 PM No comments:

The Rest Of Us Just Live Here, by Patrick Ness 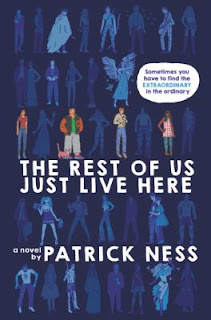 The Rest of Us Just Live Here, an awesome new novel by Patrick Ness, is the story of nerdy-cool indie kids Satchel and Finn and how they save their town (and also the world) from being overrun and enslaved by blood-thirsty immortals from another dimension. There's mysterious deaths, there's a love triangle (with one side being an immortal prince), there's betrayal, and there are several explosions (one of which destroys the local high school on graduation day).

Actually, scratch that. Sure, all of that does, indeed, happen in this story, but only sort of in passing. The real story here is what happens to the (mostly) very ordinary Mike, Mel, Henna, and Jared while all the drama between the immortals and the indie kids is going on. These four teens are dealing with some very real-world problems in the weeks coming up to graduation. Mel is still recovering from an eating disorder that almost killed her a year earlier, Henna is worried about having to join her missionary parents in a nation torn apart by civil war, Jared is struggling with what will happen with his divorced father when he goes away to college (there's also the cat problem, but that's another story), and Mike just wants to graduate and get away from his alcoholic father and politically-obsessed mother (not to mention his OCD is getting worse...and he's in love with Henna). None of these four are the Chosen Ones who will save the world. Yet, somehow, their stories are so much more compelling. Their characters so much more real and relatable.

The Rest of Us Just Live Here is a fascinating concept that Ness carries out so masterfully you, the reader, forget how very ordinary and uneventful the story actually is (it's about every day life).  But I do the book an injustice by saying this. The Rest of Us Just Live Here is one of the best books I've read lately. Perhaps the best book I've read all year. So if you, like me, ever wondered about the lives of side characters who are so sidelined they barely register as a blip amongst all the zombie fighters, vampire slayers (kissers?), and terminal cancer patients, this is definitelty the book for you. I highly recommend it. In fact, go check it out now! Right now! --AJB
Posted by Oxford Public Library Teen Picks at 1:21 PM No comments:

Positive (A Memoir), by Paige Rawl

Positive, is a biography written by Paige Rawl. Her story was simply beautiful and inspiring. It was about being able to move on from the past and about accepting people as they are. Paige lived her life with HIV since birth. Her childhood was bright with excitement and joy until she learned that her and her mother both had HIV.

Paige was at a school slumber party with one of her best friends, Yasmine. Paige tells her about her HIV positive status and later finds out that her best friend has spread it across the school. She was called PAIDS and suffered bullying constantly. This memoir was about her journey staying positive and finding friends that accept her as she is. The message was really inspiring to me, although I was a bit angry by some of the teachers' responses to Paige's HIV status and couldn't believe that they weren't able to do anything about it. She went through struggles but came out strong. I loved this book so much and will definitely recommend to everyone I know. I'm inspired to make a change for anyone being bullied. *JK*
Posted by Oxford Public Library Teen Picks at 11:48 AM No comments: 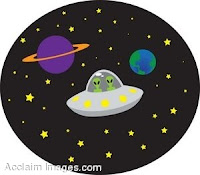 Sign up for this mini-reading program beginning November 9. Earn points (tickets) by reading & reviewing books, attending programs, and completing activities. The more you do, the better your chances of winning. Grand Prize Winner chosen randomly on December 17 will win passes to Oxford 7 to see the new Star Wars movie. Five runners-up will also receive awesome prizes.

Sign up starting Monday Novemember 9. Register online or in person at the Teen Desk. Any questions, contact Alissa Bach abach@oxford.lib.mi.us.
Posted by Oxford Public Library Teen Picks at 11:30 AM No comments:

The Lair of Dreams, by Libba Bray 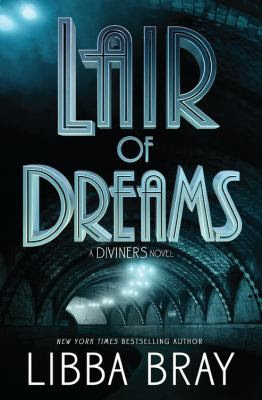 First of all, let me say I am a HUGE fan of Libba Bray's writing. Every book she has written is so different from the rest, and each book is a masterpiece. Each book has a finely-crafted plot, boasts a cast of intricate and well-rounded characters, and pays attention to the smallest of details. Plus there's always humor, drama, romance, and sometimes a bit of horror.

The Diviners (2012) is a fine example of this. Set in the 1920s-era New York City, this book centers on thoroughly modern girl Evie. But Evie is not your ordinary, dime-a-dozen flapper. She has the unique ability to read the secrets of any object she touches. This talent has gotten her into trouble many times. It also helps her solve a series of grisly ritual murders that have been happening around the city. Murders that have been committed by none oher than...wait for it...the ghost of an infamous madman returned to the Earthly plane to complete the job he began when he met his demise.

When the much-anticipated and much-hyped sequel to this fantastic book came out last month, I couldn't wait to dive into it. And The Lair of Dreams (2015) did not disappoint. In fact, it met--and then surpassed--any and all expectations I had (and believe me when I say those expectations were high indeed!).

The Lair of Dreams focuses on Henry and Ling, two side characters in The Diviners (fear not, Evie still plays a role...as do Sam and Jericho).Henry and Ling possess the ability to enter peoples' dreams. And Ling can communicate with the spirits of the dead during her dream walks. Their talents take center stage when a mysterious and deadly sleeping sickness begins plaguing the city's citizens. Could this have anything to do with the abandoned subway tunnel and what was found there? And how do Henry's former beau and the Chinese immigrant girl Ling meets while dreamwalking figure into the scheme of things? One thing becomes certain: Only Ling and Henry can put a stop to the sleeping sickness before it claims too many more lives.

Also...Who are those mysterious men seeking out Diviners? And what is Project Buffalo?

The Diviners and The Lair of Dreams (read them in order, people. Otherwise the sequel won't make sense) are both one huge stack of Awesome! Both books are highly, highly recommended! --AJB

The only thing worse than being a witch, is living with one.

Camellia is your average high school student- needs to study more for her algebra test, has a crush on a boy- band boy, loves hanging out with her best friend, and regularly skips lunch to head to the grocery store to pick up ingredients for her crazy aunt's spell to summon a demon so that she can take over the city. Okay, so she's not that average. But Cam will do everything she can to prove that she is, along with keeping her home life at home. Unfortunately, for Cam as Halloween approaches this becomes more difficult to do. With a demon trapped inside of her crush's body and her ex-best friend becoming someone else, Cam no longer knows what to do and it only gets more confusing for her from there.

Seriously Wicked is a fun fast paced story that will keep fantasy and romantic comedy readers alike hooked. Cam's character is quirky and funny, you can't help but cheer her on against her crazy aunt. Even though this book contains demons, witches, and dragons it is light on fantasy elements- just enough for fantasy lovers and not too much for those readers who usually stray away from the genre.

Seriously Wicked is currently on our New Shelf!