﻿On the surface, Bridget appears to be an ordinary teenager. And she does all she can to keep things that way and pass undetected through the halls of her school, a place where mean girls and bullies are particularly vicious. But in truth, Bridget has an extraordinary secret: She can speak with animals, read minds, and see creatures and other things invisible to most people. It isn't until the appearance of Althea, a strange and shy new girl, that Bridget is inspired to accept herself--magical abilities and all--for the first time in her life. Because only Bridget has the power to save Althea from the omnious danger that threatens her life. But is Bridget willing to give up her dream of being "normal" to do so? Because if the world found out what Bridget really is, the consequences could be disasterous!

The Other Ones is one of those "hidden treasures" that gets lost on the shelves and overlooked in favor of newer books. But that doesn't mean it's not absolutely fantastic ('cause it is). Gorgeously atmospheric and populated with witches, shapeshifters, spirits, and terrible villains, this one will stay with you a long time after you've finished it. Reminded me a bit of Franny Billingsly's Chime.--AJB
Posted by Oxford Public Library Teen Picks at 4:00 PM No comments:

High schooler Sam likes nothing better than to party with his friends and listen to lots of heavy metal music--played at top volume. Sure Sam and his buddies sometimes cut classes and engage in other activities they probably shouldn't at their age. But that's OK with Sam. Until he meets and falls for Melissa, a "straightedge" preppy girl who doesn't drink, doesn't smoke, doesn't swear, and can't stand loud music. Especially heavy metal. At first Sam attempts to curb his party guy habits and play down his musical interests to please Melissa. After all, she expects--no, demands--as much from him. But soon neither one is happy. Can these two very different teens work things out? Or will their relationship go the way of 80s Hair Metal/Glam Rock after Grunge took over the music scene in the 1990s?

Heavy Metal and You is a relationship book written by a guy, from the perspective of a guy, with guys as its intended audience. But anyone who has ever tried to do a complete self makeover for a girl (or a guy) will relate to and find humor in this story. The moral? Be yourself. And if said girl (or guy) can't hack it, maybe it's not meant to be. Warning: This is not for younger teens, as there is some mature content and language. --AJB
Posted by Oxford Public Library Teen Picks at 5:31 PM No comments:

Jealousy is a terrible, monsterous thing. That summer, Tessa began to envy everything about her younger sister, Lulu--from Lulu's new shoes to the fact she began dating Tessa's crush. Then Lulu drowns in a freak accident, and Tessa blames herself. For everything: For Lulu's death, for her best friend's crippling accident, for her parents' sorrow... Surely the entire world sees her as a beast. It's how she sees herself. Read her story and decide: How do you see her?

The Year of the Beasts is a unique find. Text tells the story of the chain of events leading up to Lulu's drowning and alternating graphic novel pannels, portraying Tessa as she views herself, detail the aftermath. Not a happy story by any means (actually, parts are quite disturbing). But very worth checking out. --AJB
Posted by Oxford Public Library Teen Picks at 8:09 PM No comments:

For 40 years, humans and dragons have coexisted. The two races don't like--or trust--each other, but the peace treaty has done its job to prevent war. But as the anniversary of the signing nears and the land prepares a celebration to honor dignitaries from both sides, a royal prince is murdered. The suspect? A dragon--because who else can it be. Thrown into the middle of the investigation, which turns out to be far more complex than anyone imagined, is Seraphina, head of the royal musicians. Seraphina keeps a dangerous secret: She is half-dragon, an impossibility and an abomination in the eyes of both sides. With her uncanny understanding of Dragonkind and some very unusual powers, Seraphina might be the only one in the kingdom who can get to the bottom of whats going on. But can she do so without divulging her secret?

Whether you into dragons or just a fan of epic fantasy, Seraphina is the book for you! --AJB
Posted by Oxford Public Library Teen Picks at 1:27 PM No comments: 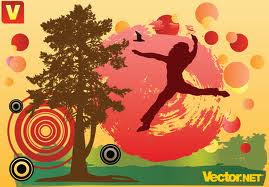 The Fall Lineup of Teen Area Programs has been announced! Watch movies! Learn pirate lingo! Discover where to find Michigan's most haunted places--and learn the stories behind these hauntings! Participate in an exclusive Hunger Games lock-in after hours and catch a special screening of the movie!  (so exclusive you've got to register in advance) And more! Or check out our regular teen-run programming, We Cause Scenes Improv Group and Otaku Central Anime Club. The best part is it's all 100% FREE! There's always something fun happening at the OPL Teen Area. Stop by and see for yourself.
Posted by Oxford Public Library Teen Picks at 3:23 PM No comments:

Battle of the Bad Wizards

Take the ever-continuing popularity of Harry Potter. And take the renewed popularity of the Lord of the Rings series (with the upcoming release of the Hobbit movie this December). One can't help but wonder who would come out the winner in an ultimate duel between the series' two bad guys, Voldemort and Sauron. So what do you think?

You can make good cases for each:

Sure, Sauron's got awesome armor and a really cool sword that could chop a wand in half--even a wand as powerful as Voldemort's. And Sauron can see an enemy approaching from miles away. And his minions are way scarier than Voldemort's (What would you rather encounter? An Orc or a Death Eater? Thought so...).

But Voldemort has way more Horcruxes out there (try 7 to 1), making for much better survival odds if one gets, say, thrown into an active volcano. And he's kept better track of them too. And Voldemort knows the kill spell--and he's not afraid to use it.

So you be the judge. Stop by the Teen Area between now and September 28 and cast your vote for who you think would win this duel.

A random drawing will be held for all who enter and awesome prizes will be awarded.
Posted by Oxford Public Library Teen Picks at 2:28 PM No comments:

Looking for something good to read, but don't want to ask for recommendations? Check out our new "Staff Picks" display, located next to the new book shelves at the entrance of the Teen Area (the one across from the bathrooms). Here you'll find books we've read and enjoyed--and that you might enjoy too. --AJB
Posted by Oxford Public Library Teen Picks at 3:45 PM No comments:

Twins Alex and Connor always looked forward to visits from their grandmother. Especially since their dad died. Then for their 12th birthday, Grandmother gives them an old book of fairy tales that had been in their family for generations. And it doesn't take long for them to realize the book is magical. Soon, the twins find themselves tumbling into the pages, into The Land of Stories. They learn the only way they can get home is by performing the rare and difficult Wishing Spell. For this spell, they must collect iconic items from various fairy tales (Cinderella's Glass Slipper, Red Riding Hood's basket, The Little Mermaid's knife, etc.). So they embark on a dangerous and magical scavenger hunt. But the Evil Queen from Snow White fame also seeks to work the Wishing Spell. And only one of them can use it.

This one is exciting and lots of fun. A tad predictable at times (I figured out who Froggy was early on). And, yes, it's sometimes cheesy (in a good way). But still very much worth reading. So if you're in the mood for an awesome fantasy, this one's for you! --AJB

p.s. This one's free of bad language, kissing, and other things that mark a book better suited for older teens. So it's appropriate for even younger readers :)
Posted by Oxford Public Library Teen Picks at 4:09 PM No comments:

Master of horror and suspense ﻿Stephen King does what he does best with the especially chilling thriller, Bag of Bones. After his wife Jo's sudden death, author Mike Noonan begins to suffer from a particularly vicious writer's block. As the months pass, he becomes more and more convinced the only place he'll be able to write again is at the Maine lake house where he and Jo spent so many happy summers. But once there, Mike becomes involved with Maddie, a young widow who is up to her neck in legal trouble. He also learns that the vengeful spirit of a murdered woman haunts the lake, and she won't rest until the sons and daughters of her killers are just as dead as she is. Perhaps lesser known than some of King's other books, Bag of Bones is still very much a worthwhile read. More creepy than it is gory, this is one to read with the lights on! --AJB
Posted by Oxford Public Library Teen Picks at 6:52 PM No comments:

How I Live Now

"Every war has turning points and every person too."   In Meg Rosoff's How I Live Now fifteen-year-old Daisy is sent to England to visit her aunt and cousins she's never even met.  When her aunt is away on business London is attacked and occupied by an unknown enemy.  When the country's power fails, the farm Daisy and her cousins live on is increasingly isolated.  That doesn't seem to bother them though, as Daisy and her cousin Edmond are falling in love.  But it isn't long before their limits are tested far beyond what anyone could have imagined.  KR
Posted by Oxford Public Library Teen Picks at 5:58 PM No comments: